Alex Trebek, the genial “Jeopardy!” host with all the answers and a reassuring presence in the TV game-show landscape for five decades, has died. He was 80 years old. 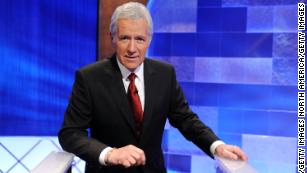 Former “Jeopardy!” contestants react to Alex Trebek’s death
“Jeopardy! is saddened to share that Alex Trebek passed away peacefully at home early this morning, surrounded by family and friends,” said a statement shared on the show’s Twitter account Sunday. “Thank you, Alex.”
The cause of death was not immediately announced. Trebek revealed in March 2019 he had been diagnosed with stage 4 pancreatic cancer, triggering an outpouring of support and well wishes at the time.
“Jeopardy!” contestant Ken Jennings tweeted Sunday he was thinking of Trebek’s family and the “Jeopardy!” family, “which, in a way, included millions of us,” he said.
“Alex wasn’t just the best ever at what he did,” Jennings wrote. “He was also a lovely and deeply decent man, and I’m grateful for every minute I got to spend with him.”
Trebek is survived by his wife, Jean, whom he married in 1990, and his three children. 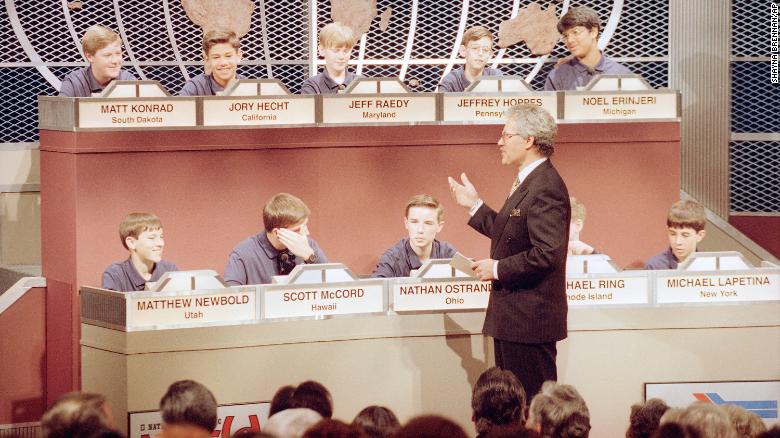 Host Alex Trebek talks to the 10 finalists in the fifth annual National Geography Bee in Washington, DC, on May 26, 1993.
Over 37 seasons, Trebek hosted more than 8,200 episodes of “Jeopardy!,” the most by a presenter of any single TV game show, according to a statement from Sony Pictures.
close dialog