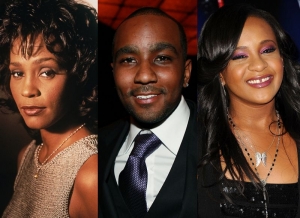 The death of Nick Gordon is the latest sad twist in the legacy of Whitney Houston.

On New Year’s Day, Gordon — who the late singing legend unofficially adopted when he was 12 — died at age 30, his lawyer confirmed to the Associated Press. While there is no official cause of death, pending an autopsy and toxicology testing, Gordon’s brother Jack Walker III told People magazine that his sibling — who was once engaged to Houston’s only daughter, Bobbi Kristina Brown before ultimately being found liable for her death in a civil lawsuit — died of an overdose. The magazine claims the “drug in question was heroin.” Gordon’s father Jack Walker Jr., declined to comment on speculation his son overdosed in an interview.

Gordon’s attorney Joe S. Habachy also declined to speak about the circumstances related to Gordon’s death, but spoke about his client’s struggle with “drug addiction.” And TMZ obtained the 911 dispatch for Gordon, which was categorized as a “cardiac respiratory” call to the Maitland, Fl., hotel room where Gordon was found. He was described as unconscious and not breathing and reportedly had “black stuff” oozing from his mouth.

Houston took in Gordon when he was not yet a teen and raised him with her only daughter after her split from Bobby Brown. While Gordon and Brown referred to each other as “brudder” and “little sis,” the pair began a romantic relationship after Houston’s own tragic death at age 48 in 2012 — a turbulent time for both of them.

While their relationship raised eyebrows — Houston’s mom, Cissy Houston, publicly branded it “incestuous” — they flew full speed ahead into an engagement just months after Houston’s deaths. Not unlike the singing great’s own tumultuous marriage, Brown and Gordon’s romance played out in the tabloids. There were rumors of drug use, fights between the pair followed by marriage rumors, his DUI arrest and the Houstons obtaining a restraining order against him after he made threatening comments and posted photos of guns on social media.

Then, another tragedy. Nearly three years after Houston’s accidental drowning death in a bathtub with cocaine a factor, Brown — the sole beneficiary of her mother’s estate — was found face down and unresponsive in a tub in the Atlanta townhouse she shared with Gordon and their friend Max Lomas. She was resuscitated and put into a medically induced coma and died six months later from pneumonia at age 22.