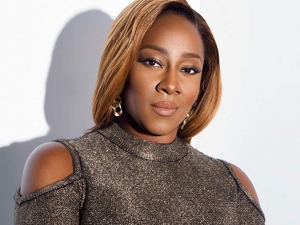 Sunday Best winner Le’Andria Johnson is seemingly done with her gospel roots, as a recent expletive-filled rant against the church cost her a spot at the Essence Festival in New Orleans.

“You know what I’m tired of though? … I’m tired of being Le’Andria Johnson that y’all know of,” she says during a Facebook Live stream. “And Ima tell you like this: I could be on a Kirk Franklin level. I could be on a Mary Mary level. Yolanda Adams, Marvin Sapp, Fred Hammond. All the gospel greats … All the R&B. Beyoncé, Brandy. … If I played the game, I could really be on that level. I could, but I’m not ’bout playin’ no games, though.”

Johnson went on to claim she’s “tired of this sh*t,” saying she refuses to stop cursing and/ or being herself for the sake of being a gospel superstar.