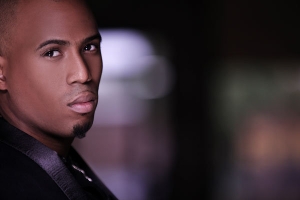 New York, NY (April 17, 2017) — Anthony Brown & group therAPy continue to prove their ‘worth’ this week as the new single, “Trust In You,”  soars to  #1 on the Gospel Digital Sales chart this week. Also a critical success, “Trust In You,” is the most added song on the Billboard Gospel Airplay chart.

“Trust In You,” marks Brown’s second single on this week’s Digital Sales chart as “Worth” continues to hold strong at #6.

The purposeful worship song showcases Brown’s songwriting prowess and exceptional ability to tap into the heart of a worshipper. He recently debuted the video for the song online to quick positive response. In recent times of uncertainty and doubt, Brown reminds us where to put our trust.

Brown & group therAPy continue to work on their ambitious third album A Long Way From Sunday slated for release later this year. Plans this summer include pop-up performances around the country as well as additional appearances. Brown also recently announced the launch of his new clothing line, Mercy Life + Apparel.

Courtesy of The Belle Report