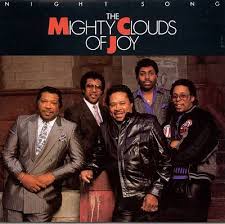 This statement was released via The Mighty Clouds of Joy Facebook Page:

We are heartbroken to share the news that the World’s Greatest Male Gospel Singer – Willie Joe Ligon, Founder and Lead Singer of the three time Grammy Award winning group – The Mighty Clouds of Joy of Los Angeles, California passed away today Sunday, December 11, 2016.
Joe was a loving Husband, Father, Grandfather, Brother, Cousin, Uncle, Mentor, and Friend to so many who loved him dearly.
As much as Joe cherished his privacy, he always appreciated the expressions of good will from people around the world and from all walks of life.
While we mourn the loss of a very good and humble man, we also celebrate his remarkable life as one of the most successful artists in Gospel Music History and hope that it serves as an example to young people around the world to work hard to make their dreams come true, to be willing to explore and push the limits, and to selflessly serve a cause greater than themselves.
For those who may ask what they can do to honor Joe, we have a simple request. Honor his example of service, accomplishment and modesty, and the next time you walk outside on a stormy day think of Joe and get comfort in knowing that he is no longer in the storm.
Additional information about the final arrangements will be released to the General Public pending Mr. Ligon’s Family’s approval.
We kindly ask everyone to please respect the Family’s privacy during this time of bereavement.
Thank you!
Best regards,
Pastor Isaac Lindsey
Manager
Joe Ligon & The Mighty Clouds of Joy

Willie Joe Ligon born October 11, 1936 in Troy, AL was 80 years old when he passed. “The founder and lead vocalist of the Mighty Clouds of Joy, Joe Ligon (born Willie Joe Ligon) helped bring gospel music up to modern standards. Under Ligon‘s leadership, the Mighty Clouds of Joychanged the standard gospel lineup from a vocal quartet backed by a sole electric guitar to a full-fledged, R&B-influenced group complete with bass, drums, and keyboards. The resulting sound turned the Mighty Clouds of Joy into the most commercially successful gospel group. Their song “Time” reached the top of the R&B charts in 1974, while their tune “Ride the Mighty High” became a major disco hit. Nominated for numerous Grammy awards, most recently for their 1993 album Power, the group received Grammys for their albums Live & Direct in 1978 and Changing Times the following year.(encylopedia.com)”